McKinsey & Company recently came up with a comprehensive report titled “India’s Urban Awakening: Building inclusive cities, sustaining economic growth”. The executive summary of the report is below. The entire report in PDF format can be read here.

India has a young and rapidly growing population—a potential demographic dividend. But India needs thriving cities if that dividend is to pay out. New MGI research estimates that cities could generate 70 percent of net new jobs created to 2030, produce around 70 percent of Indian GDP, and drive a near fourfold increase in per capita incomes across the nation.

Handled well, India can reap significant benefits from urbanization. MGI offers a range of recommendations, the vast majority of which India could implement within five to ten years. If India were to follow the recommendations, it could add 1 to 1.5 percent to annual GDP growth, bringing the economy near to the double-digit growth to which the government aspires.

END_OF_DOCUMENT_TOKEN_TO_BE_REPLACED

The Tatas, through their subsidiary Tata International is set to launch a series of retails stores that will comply with the USGBC LEED Rating.

is set to foray in Indian market its first set of Green stores, designed and planned on LEED pricipals and certification from USGBC. Designed by JGA, a Detroit based leading Retail design firm along with FRDC (Future Research Design Company), Bangalore, the stores will consume 40% less energy and will generate 15-20% power from Solar energy. All materials used in the store are made of high content of Recyclable material and everything will be procured from within 500 Km of radius of the store.

Store will demonstrate a high degree of local skills usage and crafts intervention and thus providing opportunities to local craftsmen and the Industry. All process and fabrication work of the store will be monitored by Green team constituted by the Architects and Associate team from FRDC Bangalore and Delhi. All waste generated during the construction shall be either reused in the store or shall be supplied to Recycle dealers.

However there is no indication of what kind of retail these shops will cater to. And what remains to be questioned is why use the USGBC rating when there is an IGBC rating system in place.

The strategies outlined tend towards mechanical solutions to issues. What remains to be seen is if there is a larger design solution to the sustainability strategy.

Evaluation is necessary to ascertain how green a building is. Apart from verifying claims, such systems ensure that best practices are followed and the gains made are quantified. GRIHA (Green Rating for Integrated Habitat Assessment), the green rating system developed by The Energy Resources Institute (TERI), is promoted by the Ministry of New and Renewable Energy (MNRE) as the National rating system.

By Anupama Mohanram / The Hindu

Not only has GRIHA evaluated and incorporated most of the green building criteria originally developed by LEED, a green building rating system that was developed in the US and adopted by the Indian Green Building Council in 2001, it has also added further requirements to make the system more suitable to the Indian building context. In addition, MNRE has made it mandatory for buildings to obtain a GRIHA rating to avail subsidies and other financial assistance allocated for green development. The Ministry also provides incentives to local bodies that offer rebate in property tax for GRIHA rated buildings.

END_OF_DOCUMENT_TOKEN_TO_BE_REPLACED

Architects, planners and others with green caps and fingers are unveiling a plan to promote use of green principles for eco-friendly

Confederation of Indian Industry (CII, Goa) and Indian Institute of Architects (IIA) Goa chapter have initiated a joint effort towards creating a cell in Goa to promote green buildings for housing, industries and commercial sector. "We are working on the building design, incorporating the green concept and doing computer test models to ensure that the buildings are really energy-saving before we actually build them," said Dean D’Cruz, architect and former chairman of IIA (Goa chapter).

END_OF_DOCUMENT_TOKEN_TO_BE_REPLACED

How sustainable is your style?

Can you look at a building and tell if it’s green? Sometimes, appearances can be deceptive. We clue you in on what really makes a building environment-friendly

Sustainability is the buzzword. Every manner of building makes a claim to “greenness” today. While there are various ways of judging how green a building is, we often assume its look also offers a clue. 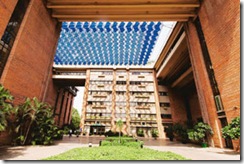 This seems reasonable. If a building is made largely of a material that consumes less energy and produces fewer emissions, the building is likely to be greener than others. Buildings that expose stone, brick or a wood skeleton consume less cement because they are not plastered. Also, if this material is local, little energy is consumed in transportation. So can there actually be a green look for a building?

That depends on how the question is phrased. We may ask, “Can we judge how sustainable a building is from its looks?” Or “Are there some aesthetic values that lead to more sustainable architecture?”

END_OF_DOCUMENT_TOKEN_TO_BE_REPLACED

Some questions are stupid, not because their answers will be stupid, but because the framing of the question itself is faulty. The current backslapping and self-congratulatory award functions organised by the "green" building lobby and the institutions that certify the depth of the greenness of the buildings, remind me of questions like these.

END_OF_DOCUMENT_TOKEN_TO_BE_REPLACED

In a landmark for carbon financing in India, the municipal corporation of Greater Mumbai has earned Rs 26 crore for the scientific closure of a garbage dumping ground.

The cheque from the Asia Carbon Fund of the Asian Development Bank (ADB) is an advance for future delivery of carbon credits. The money essentially is for the capture and combustion of methane gas emanating from the dump which results in a substantial reduction of greenhouse emissions. Before giving the money though, the ADB had the project scrutinised by independent validators.

Carbon credit consultants say the deal is one of the largest Carbon advances under the Clean Development Mechanism to a municipal corporation. "We hope to earn a total of Rs 73 crores from the Gorai dumping ground carbon credits, which would be Rs 11 crores above the entire cost of the project,” said additional municipal commissioner R A Rajeev, who drove the project from start to finish.

END_OF_DOCUMENT_TOKEN_TO_BE_REPLACED

At the United Nations Summit on Climate Change this morning, President Obama spoke about the importance of assisting developing countries on adaptation and technology.  He also reiterated the need for developing countries with rapidly growing emissions to "commit to strong measures at home and agree to stand behind those commitments just as the developed nations must stand behind their own."  Over the last several days, one of those nations – India – has made a number of dramatic moves in that direction.

India recently announced it would quantify the emissions cuts it will make under its ambitious National Action Plan on Climate Change (see my colleague Anjali Jaiswal’s blog.).  Last Friday, India’s Environment Minister Jairam Ramesh explained in a talk at Columbia University that: "I am telling the world, because climate change is important for me… I am prepared to take on, voluntarily, unilaterally, mitigation actions as part of a domestic legislative agenda."

END_OF_DOCUMENT_TOKEN_TO_BE_REPLACED

The Civil Aviation Ministry and the Airport Authority of India have trimmed down the height restrictions for constructions around our airports. This allows for buildings to sprout higher into the skies above our cities, almost double to what was permitted until yesterday.

I expect Kerala to significantly make use of this waive in the existing law. Kerala has been the only state outside the megapolis Mumbai, and to a lesser extent Gurgaon, to embrace the highrise culture. The trend which was kicked off in Cochin in the early 90s slowly spread to even the smaller Municipal towns of the state. Its become a fashion statement with even towns like Thiruvalla and Kottayam with just over 1 lakh population hosting 20+ structures.

Even though it may take some time for our local self Govts to adapt themselves to the law, it is certain that the Architects and builders would be licking their lips to make full use of it. Kerala is only second to West Bengal in population density; with 35 million inhabitants @ 825/sq km and severe scarcity of de-notified habitable land, it is common sense to understand that this model of urban development suits us best.

I’m a sucker for tallies, yo! I admire the style of urban development followed in North America and Australia which plots a highrise CBD, with suburbs harbouring midrises and housing estates. Each suburb is planned to be self-sufficient on its own for their shopping and entertainment needs, with residents travelling to city-center only for business and work. The CBD builds and rebuilds itself with major improvements necessary only in the transportation network.

By JAMES KANTER for The New York Times

India may be gearing to turn itself into the global leader in solar power generation, a sign that major developing nations could become renewable energy hubs to rival Germany and the United States. 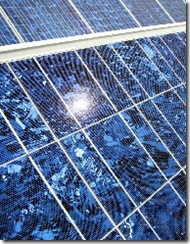 Called the National Solar Mission, the Indian plan outlines a target for 20,000 megawatts of solar capacity by 2020, according to a draft copy obtained by Greenpeace and posted to the Web.

“This would be the most ambitious solar plan that any country has laid out so far,” said Siddharth Pathak, a climate and energy campaigner for Greenpeace India.

The plan acknowledges the high cost of solar compared with other sources of energy, and coal in particular. But it says costs could be driven down to between 4 and 5 rupees per kilowatt hour by the period 2017-2020, making solar cost-competitive with fossil fuels.