India abounds in ancient architecture. A lot of it is living, preserved and used by society in daily life. And not all of it is converted to museums and monuments.

Now what happens when you want to build a new temple in a style that has gone defunct centuries ago? Well you try to find the top researcher in that style and see if something can be designed.

The smart folks at Shree Kalyana Venkateshwara Hoysala Art Foundation did just that when they decided that they wanted to build a new temple in the Hoysala Dynasty style.

A British architect has been commissioned to design a Hindu temple in India in a style not used for more than 700 years.

Adam Hardy, from Cardiff’s Welsh School of Architecture, believes he is the only person in the world with the knowledge to design in the style of the 12th century Hoysala dynasty.

Unlike other regional architectural traditions which are still practised by Hindu architects in India, this particular complex and ornate style from the south died out seven centuries ago. [ link to article ] 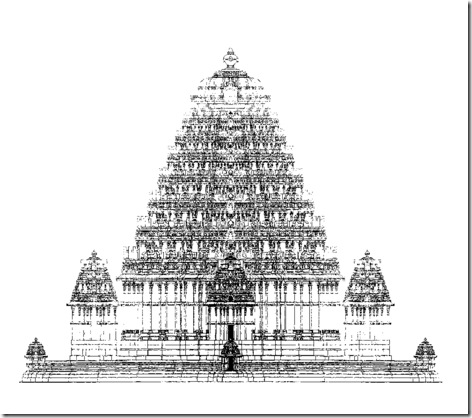 Temple architecture follows a very rigorous set of principles of design both at the overall formal scale and down to the ornamentation that accompanies them. Thus they leave a lesser scope for design creativity of the “outside the box” kind. Hardy’s selection probably has to do with the fact that

“An architectural tradition can be learnt,” he said. “It can be passed down by masters, but if none are around it can be learnt and internalised from its products the surviving temples, in this case. “

The results should be interesting to see.